Jens Lassen: The customer’s well-being as a priority 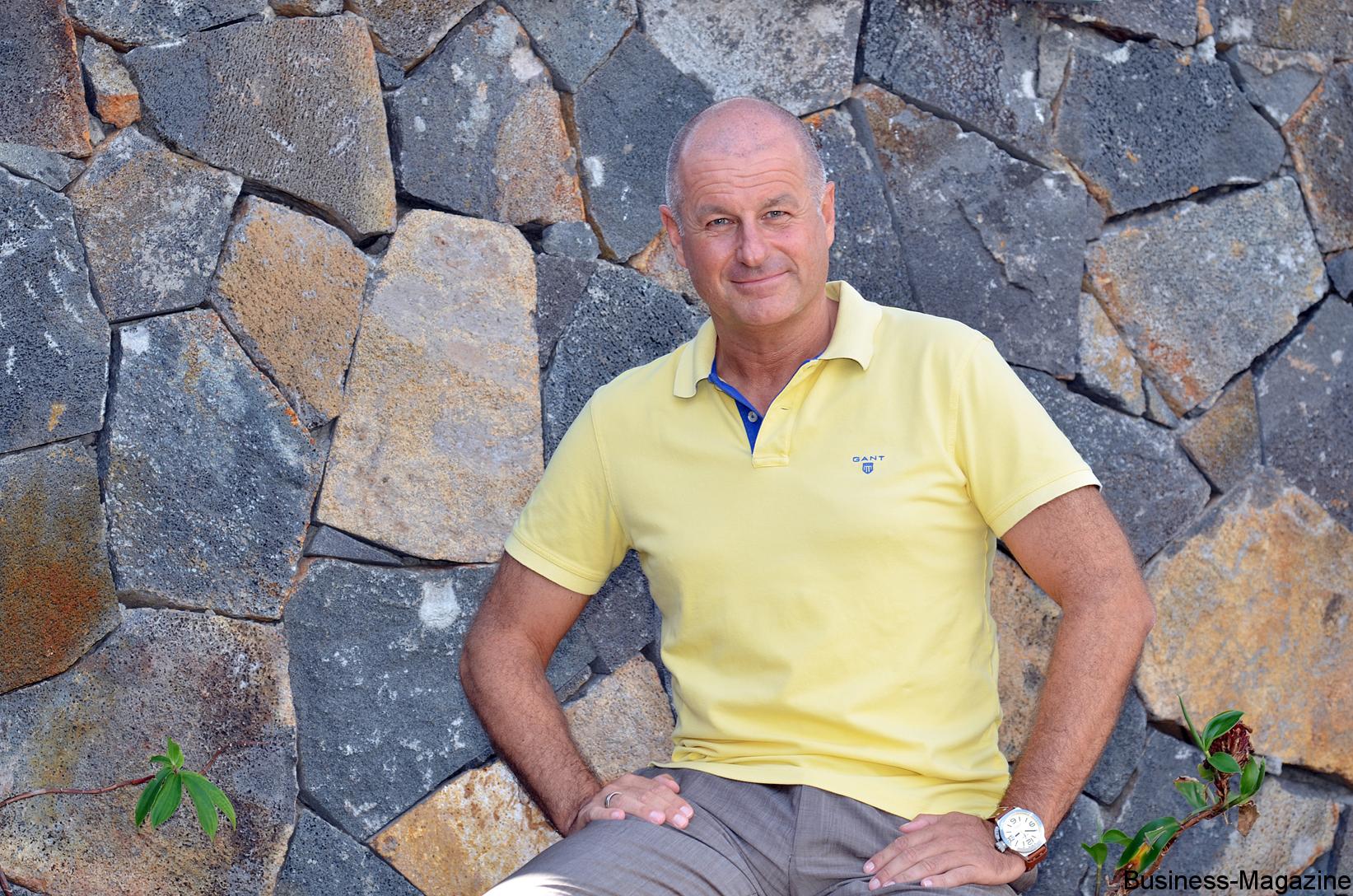 Maritim Resort Mauritius’ new director boasts twenty-two years’ experience in the hospitality business. For him, passion is paramount when it comes to the art of creating holidays.

Originally from Hamburg in Germany, fifty-year-old Jens Lassen, present Director of the Maritim Resort Mauritius, found his true calling very early in life, despite having made a few detours before ending up in the hotel industry. “My sister always said I would finally be working in that field, since I used to have a napkin around my arm serving drinks to her friends from school when they came home as early as five years old,” he states.

In 1985, after high school, Jens Lassen will first take a shot at studying engineering and construction, since his
father was the owner of a buil-ding company. However, after one and a half year, he realised that it was not the right career plan for him and left for Spain to work in a hotel, where he found his true passion. “It was a good experience but I wanted to do more. So, in 1988, I went to university to study business economics. While on traineeship, I was working with a TUI-based company and I ended up working with them for sixteen years, gradually stepping up the ladder from simple employee to Food and Beverage Assistant and Assistant General Manager,” he recounts.

As part of his job, Jens Lassen has had the opportunity to discover various countries including Switzerland, Italy, Spain, Mexico, Egypt, Tunisia and Greece, where he served as General Manager for the first time. After these sixteen colourful years, he decided to move out of his comfort zone by taking a job as General Ma-nager of a cruise ship travelling to the Caribbean islands for six months’ time. “It was very interesting but I was so happy when my feet were back on land! On a boat, even when you are in the harbour, everything is shaking a little bit. I felt this was not really made for me and took the decision not to continue”, he admits. Nevertheless, this brief period as General Manager of a cruise ship was one of the most interesting experiences of his life, according to Jens Lassen, with memories such as the evacuation of the whole ship due to a small fire on board.

Back to Europe, Jens Lassen continued his journey in the hotel industry on land, starting with Croatia. Sometime later, in 2008, he recalled that one of his hotel guests had told him to phone him in case he was looking for a job in the hospitality business in Germany. When Jens Lassen “googled” that man’s name, he found out that he was in fact the Chief Executive Officer of Maritim Hotels. “I decided to call him and ask if he had any job openings right now. The answer was that he needed a General Manager for one of their resort hotels, the Seehotel Timmendorfer Strand, situated on the Baltic Coast, which is also the first Maritim hotel to have been founded. Funnily enough, this is my home town, where my father lived and I knew every street there”, states Jens Lassen.

He thus started to work with Maritim Hotels in his own country, moving on to take charge of a hotel rebranded to form part of the group; an exercise which required a transition of around one and a half year’s time. Jens Lassen then received a call from the owner of the group to come to Mauritius. Quite apprehensive at first and so glad to be home in Germany after staying in foreign countries for twenty-two years, he had to make a choice. “Finally, I said: ‘What the heck, let’s do it!’ And I’ve been here since July, trying to collect information about everything. It’s not so difficult being here because this hotel is very good running, with an occupancy rate of 88 % round the year, which is outstanding for this island, from what I hear”, he observes.

However, for Jens Lassen, there is still room for improvement, such as more focus on the needs and desires of guests. The new Director of the Maritim Resort Mauritius has thus engaged into the revision of the operational products of the hotel in an attempt to aim at an even higher level of customer satisfaction. According to the professional experience he gained in Mexico, ta-king into account the expectations of  hotel guests as to how certain operations should be carried out is essential. “I had just taken over an extremely successful hotel there when we had an issue with a guest. He was complaining that the volleyball coach came too late and justified himself by saying: ‘You’re in Mexico, when we say four o’clock, it could be five or even six o’clock’. I explained to the coach that we had 98 % European guests and that for them, punctuality is very important. Yes, they want the resort experience but they also want a bit of the rhythm they are used to”, he shares.

For Jens Lassen, the most enjoyable aspect of his job is creating holidays with a specific experience for people, different from a mere hotel stay. As regards his toughest challenge, he singles out his last job, which involved the rebranding of a hotel in Eastern Germany. His most memorable years of service however have been spent in Mexico where he found particularly appealing the culture and the warmth of the people; their great friendliness. “It was a 5-star resort hotel which had won diamond awards but mistakes were made occasionally. Yet, not one guest was angry about it when looking at the smile on the staff’s face. It was an extremely positive experience”, he reminisces.

Outside of work, Jens Lassen, who is married to Nicole, is a big fan of Elvis Presley and shares a special bond with his five-year-old chihuahua which is coincidentally named Elvis. “She is my baby. Unfortunately, she does not keep well in hot environments so she is currently staying with my mother-in-law in Germany. My wife flies out every other month to go and see her”, he says.

Jens Lassen tries to stay in shape by practicing Nordic walking and also indulges in reading and cooking. Besides, he is a fan of the local football team of Hamburg which is running through a bad time right now but was very famous thirty years ago, when it won the European and World Champions League, he specifies with a grin.

Looking ahead, Jens Lassen expects to continue bringing his soulful contribution to the hotel industry while insisting on the value of team work since, as he puts it: “My job is not important. Hotels are run by heads of departments and I am simply in charge of the philosophy of everything.”