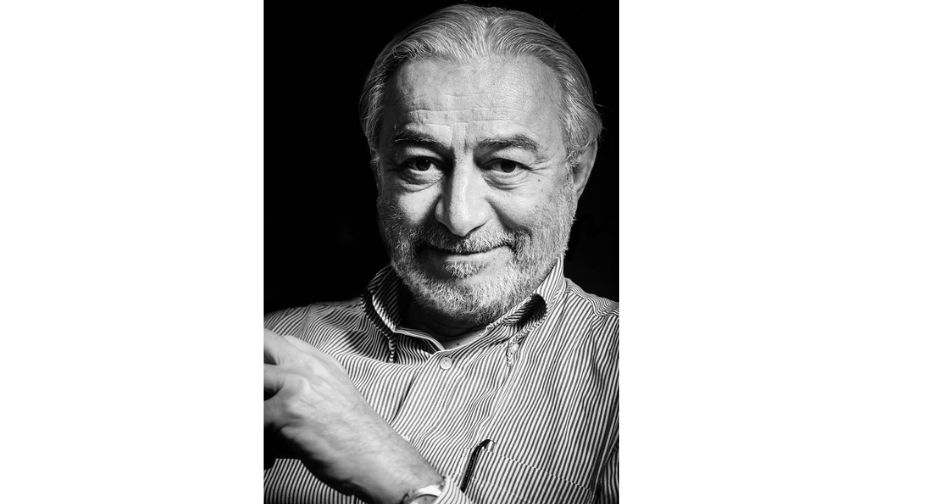 “Modern problems will, more and more, be common to us all and transnational and will inevitably call for multilateral solutions and a much stronger sense of the common good of the species. Not of the self-interest of nation states!”

As the circumstances would have it, we will all seemingly be glued down to the letter ‘G’ this week.

A G20 meeting to start with, where two of the priority discussions to be held will be, first, around rekindling Growth, as logistics and supply chain issues seem to be piling up all over the world and, second, around at long-last honouring Gavin, the largely serenaded effort of the world to ensure equitable distribution of vaccines, an effort which was simply swamped by hypocrisy, national interests and Greed. After the G20, Growth and Gavin, it will be… Glasgow where, hold your breath, the world will try to save itself from the follies it has, itself, created and encouraged, all in the name of Giddy Growth.

The week will be crucial at least in attempting to define very complicated and sometimes contradictory objectives. I hope they are up to it, but I have no illusions…

G20 first. It is an odd-looking beast composed of the European Union as well as 3 of its members, i.e., France, Germany and Italy (used to be 4 before Brexit), but not Spain (14th economy in the world) even though it has a larger economy than Mexico (15th), Indonesia (16th), Turkey (which just took up our freshly evacuated slot on FATF’s grey list) (18th), Saudi Arabia (19th), Argentina (26th) and South Africa (38th). It was their first non-Zoom meeting since January 2020 and they met in Rome because Italy is in the (presidential) saddle of the G20 since December last. In a bizarre twist, Singapore (36th) is regularly invited to G20 meetings and was again in Rome represented by President Lee. I guess the G20 sees some benefit in having one more cool-headed, rational, successful country leader around? You have noted of course that Africa would not be represented, if the rules had not been bent just a wee bit. With the Singapore and South Africa exceptions as precedents, I am actually quite surprised that the G20 has not been grossed up by more countries by now. There must at least have been applications? And what to do now with Argentina? Doesn’t the G20 work at least a bit like BBC’s Top of the Pops, then, when you get pushed off the charts?

“Countries and corporations seem to be conscious of the value of renewables and carbon capture… Behind the facades, they all hope they can get away with doing less than their required fair share…”

What is certain is that the G20 is, as constituted, responsible for just over 80% of the world’s annual additions to the greenhouse gases in our atmosphere and to fully over 93% of all the greenhouse gases already pumped into it since the start of the industrial revolution… And it is not as if they were polluting THEIR atmospheres only! They are polluting ours too, of course. With total impunity so far.

You might think that a G20 summit just up ahead of Glasgow is a bit of provocative nonsense? ‘Growth-as-is’ being rather anathema to the climate question? But, hey, now that the world has overloaded itself with debts in trying to respond and fight the Covid pandemic (*), isn’t it just logical that they encourage yet another spurt of growth in order to generate the 100 billion dollars that they have promised to the weaker, more vulnerable, less culpable nations of the world to fight climate change?

If the Covid story and its Gavin rigmarole is anything to go by, we may end up with a ‘solid spurt of growth’ fuelled as heavily by hydrocarbons, as yesterday; except for the coal power stations that China will no longer build in electricity-hungry countries, keeping that privilege for… itself alone! Australia just inaugurated 3 more coal mines whilst pretending it will go for net zero by 2050. India is committed to 6.9 billion $ worth of investment in new coal infrastructure. Germany just spent 9.98 billion $ on the unconditional bail-out of Lufthansa, has opted out of nuclear and is to be the largest beneficiary of Russian gas (albeit, a 50% less polluting hydrocarbon) through the Nord Stream 2 pipeline under the Baltic. The USA fracks when petrol prices are high, like now. Besides which several G20 countries may also choose, over the coming years, through the savvy election of some of the heavily sprouting “My nation first” lot, to keep hydrocarbons at least… mostly and for… a bit longer. And as the poor countries get whacked some more, the G20 will surely have to build walls, you see, and reinforce safety nets out at sea and pay third party nations to keep ‘climate refugees’ away from their comparatively scrumptious pools of wealth. Often enough put together off the back of colonial pilferage or subsequent commercial profiteering, but that is another question altogether, isn’t it? All nations only get pushed forward by self-interest; we all know too well! If Mauritius had the opportunity and the possibility, say if it discovered the world’s largest reserves of the most precious of rare earths, say dysprosium, under the right side of Angus Road, it would not do any differently, would it?

The point though is that in pandemics or in global warming or in the pollution and depletion of the world’s oceans, no walls will keep you safe in any of your relative oases of wealth. You may dodge, vaccinate, air condition to your heart’s content, but these are global issues that cannot and will not be solved territorially and within national boundaries, as most issues have in the past. Modern problems, under the push of bloated demographics within an ever-shrinking global village, will, more and more, be common to us all and transnational and will inevitably call for multilateral solutions and a much stronger sense of the common good of the species. Not of the self-interest of nation states!

The real problem of global warming is that the thinking of Homo Sapiens has not changed. Countries and corporations seem to be conscious of the value of renewables and carbon capture and what not as a necessary boost to their image, but, deep down, behind the facades, they all hope they can get away with doing less than their required fair share and the result may well be 3 degrees centigrade or more for the next generations…

I am being very cynical, I know, but the Covid pandemic has confirmed a very harsh lesson: in the end, we may wail and Gnash our teeth, but I believe Greed will win!

(*) Sovereign bonds were the most significant instrument in the debt capital markets before the pandemic, accounting for nearly half of the 115 trillion $ global bond market in 2019. Since then, wealthy countries issued additional bonds worth tens of trillions of dollars more and emerging economies issued hundreds of billions worth (IMF Financ.Dev.57, 12-16(2020)). What is frightening is that it is estimated that only 18% of the total announced Covid-19 recovery funds are being directed to activities that will reduce global emissions. And long-term recovery spending is only 13% of the total. Most spending is thus for rescue rather than recovery purposes and rescuing perpetuates the existing emissions-intensive global economy.