David Moyes: the difficulty in stepping into the shoes of larger than life ex-CEOs 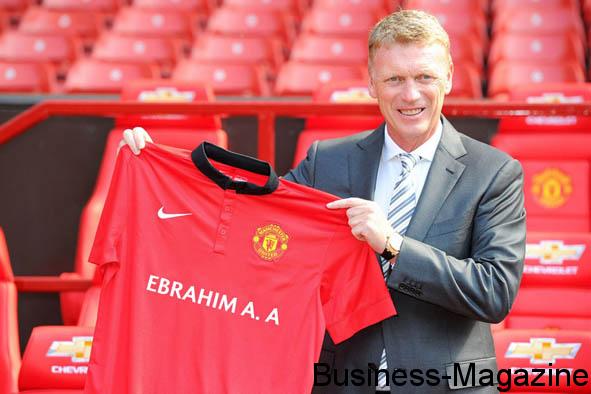 Manchester United worse start of the Premier League seasons since 1989 is attributed to its new Manager, David Moyes. Old Trafford, the famous Theatre of Dreams has turned into a Theatre of Nightmare for Man Utd fans. Whilst it is a mammoth challenge for anyone to step into the shoes of the legendary and most successful football manager of all times, Sir Alex Ferguson (SAF), there are some telling signs as to the club not going in the right direction.

David Moyes was recommended for this job by SAF himself. The latter was impressed by his work ethics. Did their common Scottish origins play a part in landing him the plum job? In any case, Manchester United won its 20th title last year and the current squad consists of top notch players. The new Man U boss does not have a track record of being a winner. He has not won any major trophy with Everton where he built his reputation of a loyal manager who has managed the club with limited budget. He is probably looking to this team to win things for him. Can he inspire a team of champions? Can he manage the egos of world-class players? Can he motivate winners to be even hungrier? SAF was known to be a ruthless leader; the famous incident of the flying shoe towards David Beckham shows that he refused to be taken for granted and would never accept to be at the beck and call of star players. Just like in business, replacing a successful CEO is a challenge and this can be even more challenging if the latter is a larger than life character. E.g. replacing Steve Jobs has proven a tough task for Apple. There are few larger than life characters in Mauritius Inc. and replacing them will be daunting for their boards and their successors. Moreover, drastic change in management style can be extremely disturbing in an organization and employees who cannot recover from culture shocks, normally choose to leave the organization.

David Moyes must have read that he needs a sense of identity as a leader and he needs to step out of the shadow of SAF. He must have thought that he needs to stamp his authority at start. His first management decision was to fire the back room staff. These are people who have worked alongside the big man to nurture this team of Champions. They are the ones who have been in charge of the day-to-day training. By sacking them, he has cut the emotional link which connects the players to the Manager. He is new in the job and he is yet to earn his spur with players. Similarly a new CEO needs the team to be rallied behind him and he needs the buy-in of long serving executives,
stalwart of the company to ease his entry. Slowly but surely, he will put his stamp on the management but he needs the team to operate in familiar surroundings before making drastic changes. It is a process and needs to be seamless. Any abrupt change of a management team destabilizes operations.

Winning the title is hard but retaining the title is even harder. A team that has just won the title needs to be reinforced, needs to keep challenging the players. It is beneficial when new players are added. This team needs reinforcement as players are aging. All the transfer targets of David Moyes failed to materialize. There were so many big names in the target list but no one made their way to the mythical Old Trafford. No one was inspired to play for the new Manager. To beat transfer deadline, he recruited a costly player from his previous employer. The recruitment was done at the eleventh hour and it does not seem to be the player which the team needs.

Recruiting a new CEO is a hard task in itself. The new CEO has to be perceived that he can take the business to a new level. Having a different management style is welcoming but to inspire an existing successful team requires people skills of the highest order. To be successful, a new CEO has to gradually find his feet. Stability of a current team is of paramount importance. Chopping teams and bringing people from previous organisations create insecurity, destabilize the team and create the perception that he is not up to the mark.

But then, we might all be wrong about Moyes. SAF took few years to get Manchester United in the leadership position. In the 1989’s and early 90’s, after promising success over a few seasons, there was a banner displayed at Old Trafford ‘Three years of excuses and it’s still crap ... ta-ra Fergie.” and many journalists and supporters called for Ferguson to be sacked. He later admitted that it was one ‘of the darkest periods of his career’. But he stood firm and worked hard to instill discipline, rigor and persisted with his scouting and coaching strategies. Great leaders also have this in common; when they are sure of their strategies, they stick through them, amidst adversity. The match between Sunderland and Manchester United on 5th October bears testimony to that as the young Adnan may have turned the corner just like young Mark Robbins did for SAF in 1989 3rd round FA Cup against Nott Forest which United went on to win. The rest is history.

Suresh Kana: «Social responsibility is not only the governmentís role»
Business Magazine October 9, 2013

Suresh Kana: «Social responsibility is not only the governmentís role»